↑
Main page » RUM » Japan » Rum Ryoma 7 Years
The Ryoma Rum, a fruity and at the same time strong rum from the Kikusu distillery, is a true rum wonder from Japan. It is not made from molasses, but from freshly pressed sugar cane juice. Afterwards it is aged for 7 years in oak barrels and thus reaches its final maturity. The exclusive rum was named after a Japanese national hero, the Samurai Sakamoto Ryoma. The hero also decorates the beautiful black bottle with the saying "A man has a choice". This noble drop appears in the glass with a wonderful golden yellow amber colour.

On the nose and on the palate, the Ryoma Rum is complex and full-bodied, fruity with aromas of banana, vanilla, caramel and cocoa. Its mild and persistent slope is convincing in the mouth for a long time. 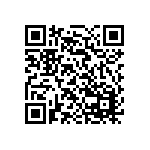