DQ Vodka is being relaunched (DQ stands for "distillation intelligence") in an ultra-modern and technically clever new packaging. Arne Olafsson, the new MD of brand owner Nordic Spirit, said he felt the one thing missing in the super premium segment was a modern vodka where the luxury is tangible: “It is our mission to launch the world´s first truly modern vodka with the look and feel of the 21st century.” Industrial Design Consultancy (IDC) in Datchet, Berkshire, UK, created the sleek bottle combining glass, aluminium and satin chrome.  As the vodka is poured, it is drawn through a central shaft and out through a nozzle in the centre of the lid. The idea being that this allows oxygen to get into the vodka, which enhances the taste.

Classed an exclusive 'super-premium' spirit, the DQ Vodka is produced in Malmkoping, Sweden, where the town's water is traditionally renown for taste, quality, and distillation standards. IDC was tasked with designing a one-litre bottle that reflected desirability, luxury and uniqueness. The project involved developing and engineering all the elements of the bottle, whilst making sure that the design could be associated with the rest of the brand's products.

IDC developed a sleek, sophisticated design combining Italian glass (supplied by Bruni Glass), aluminium and satin chrome (produced by Dorset Aluminum in the UK). In designing such an unusual bottle, IDC spent time researching different materials and manufacturing processes for the cap and the base, as well as collating samples of potential materials and finishes.

The outer container, which serves as gift packaging for the bottle, was also designed by IDC. Arne Olafsson, CEO at Nordic Spirit, comments: "The outer container redefines the genre, being made of aluminium instead of tin, with beautifully engineered details. This is yet another expression of the modern 21st century look and feel of the DQ bottle itself."

IDC finalised the industrial design of the bottle, which included graphics, style, material selection, finishing and ergonomics. It also engineered an effective neck stop and seal for the top cap. Three dimensional computer-aided designs were created and a rapid prototype of the bottle cap 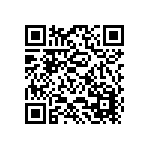